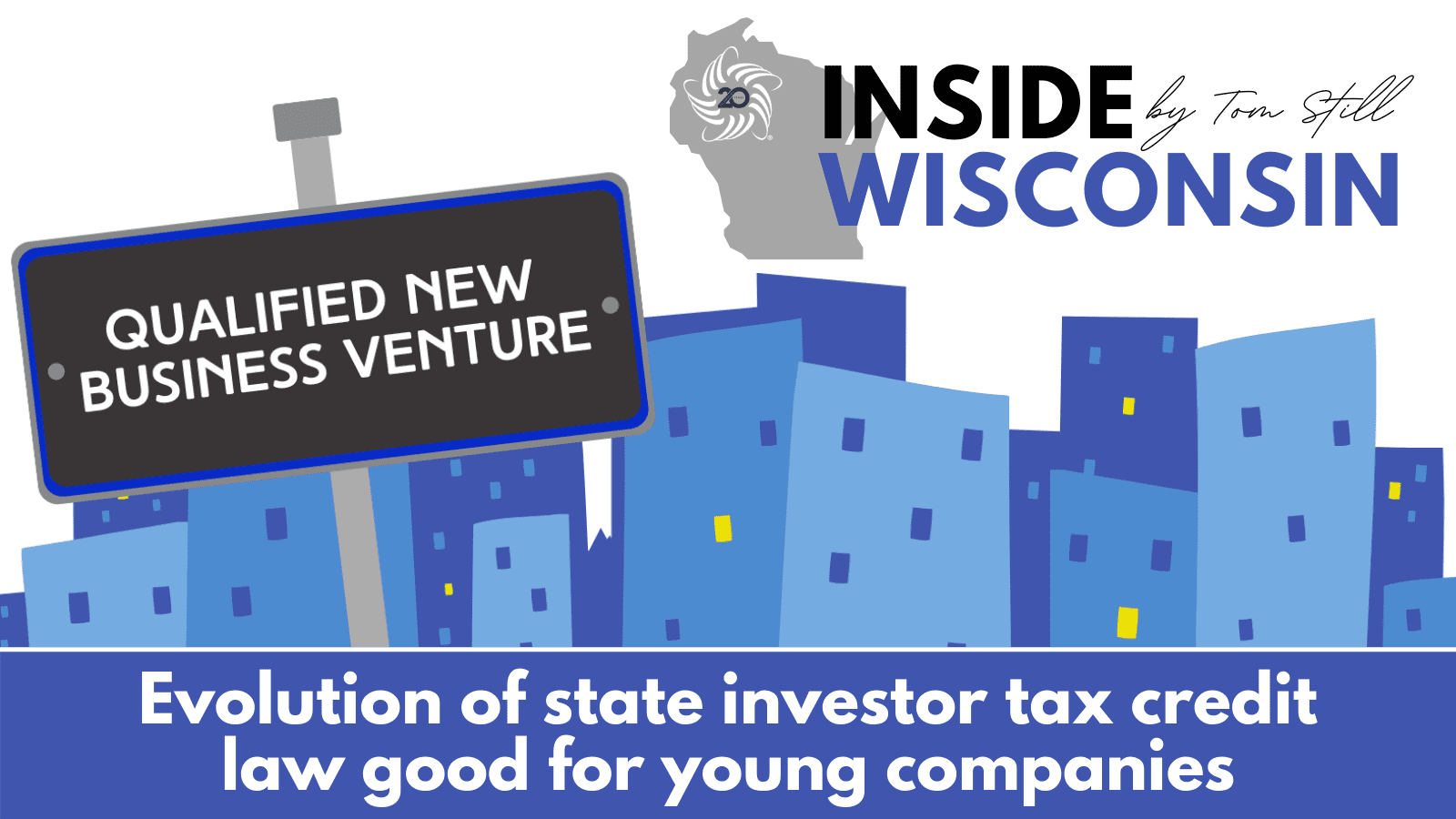 MADISON, Wis. – As they pitched to investors during the recent Wisconsin Early Stage Symposium, many entrepreneurs made a point of saying their companies are “QNBV-certified,” which is an acronym for one of Wisconsin’s oldest and most successful tax credit programs.

That program is called the Qualified New Business Venture law, which took effect in early 2005 with bipartisan support, was carefully amended several times over the years and has contributed mightily to the state’s early stage economy. Two bills in the hopper in the Wisconsin Legislature stand to continue that progress.

More on those bills later. First, here’s some background on QNBV and what it has accomplished over time.

Wisconsin’s QNBV law has spurred company development and job creation by providing 25% state tax credits to early stage investors who risk private angel and venture capital dollars in emerging firms. The law comes with caveats, such age and size of the company, its innovative nature and where most of its workers are located.

Since 2005, hundreds of companies have been certified through the QNBV program – about 260 of which are active today and not “timed out” due to the 10-year limit.

From the program’s inception in 2005 through 2020, tax credits authorized and granted over time equal more than $164 million, which has generated four times that amount – about $660 million – in private investment in young Wisconsin companies. The program is now administered through the Wisconsin Economic Development Corporation and the credits are issued through the Department of Revenue.

These are private dollars that might otherwise stay on the sidelines and not get involved in the early-stage economy if not for the availability of Wisconsin’s tax credit law. That model has been followed in other states, as well.

Despite the year-on-year growth of investments, Wisconsin is still lagging its neighbors. Since 2005, the program’s first year, angel and venture capital investments have grown from a reported $5.4 million to today’s running total of more than $3 billion. Those young companies have created thousands of jobs while adding value and tax revenue to the Wisconsin economy.

Also called Act 255 because of its statutory linkage at the time, QNBV was co-authored by the late Sen. Ted Kanavas, R-Brookfield, and then-Commerce Secretary Cory Nettles, with the support of the Wisconsin Technology Council, then-Financial Institutions Secretary Lorrie Keating Heinemann and many others who believed Wisconsin needed to step up its early stage game.

Amendments over time have adapted to changes in the economy. Here are the two latest bills being circulated:

The QNBV law has made it possible for investors to take a chance on young, innovative companies while protecting taxpayers. The latest proposals stand to do more of the same.