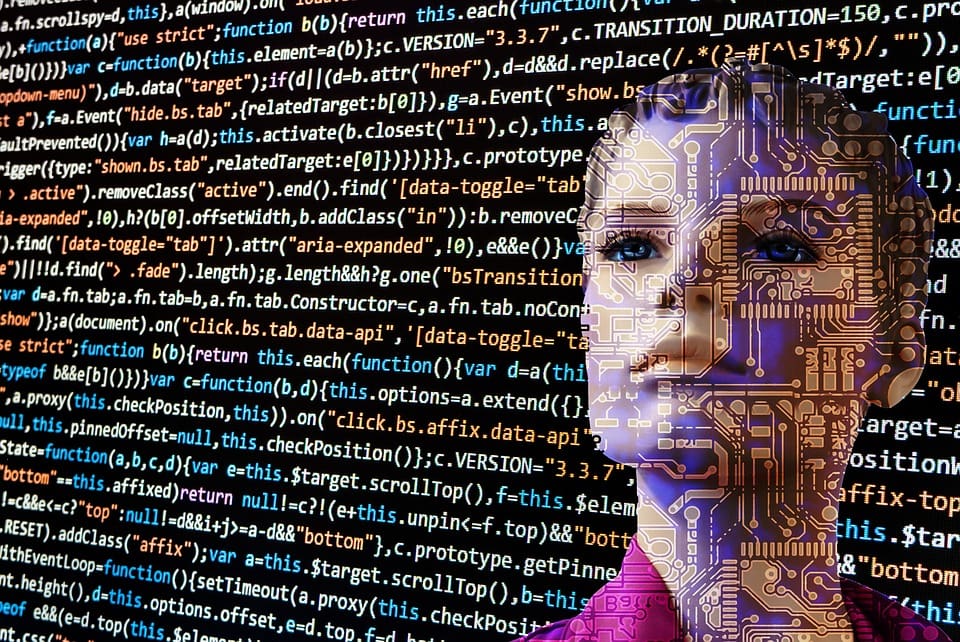 MADISON, Wis. – Admit it: Somewhere in the back of your head, you’re worried that Artificial Intelligence will somehow triumph over your own Above-Average Intelligence. You suspect a new computing age powered by AI will make your job obsolete, or that a robot will soon build another robot that will do the same.

It’s true that AI, robotics and other emerging technologies will squeeze out many jobs that could be computerized – but it will also create many more jobs that likely pay better, create more economic activity and generally benefit society.

That’s the take of Byron Reese, a successful tech entrepreneur, futurist and author of “The Fourth Age: Smart Robots, Conscious Computers, and the Future of Humanity.” He will speak Oct. 17 at the first WARF Innovation Day at the Discovery building in Madison.

“I think the case that AI is going to eat jobs is very hard to make,” said Reese, who has led two companies to initial public offerings, sold three and written extensively on the effects of technology on society. “Some employment will be disrupted by AI, but people have always adjusted and advanced. An order-taker won’t become a geneticist, of course, but the real question is: Can everybody do a job that may be a little harder than the job they now have?”

Reese points to history for evidence. The human ability to control fire, the invention of the wheel, development of language and the advent of agriculture over countless millennia were all tech transitions in their time, often leading to the rise of civilizations. Within the past 250 years or so, technological transitions have included the shift from animal power to steam power, the assembly line, the electrification of industry, the petroleum age and the coming of the internet.

The shift to steam power was accomplished over a few decades, Reese noted, all the while creating more jobs and better jobs than were lost. Other transitions were similarly brief, and more jobs – not fewer – were invariably the result.

“The biggest technological trends in the last 250 years didn’t bump the unemployment figures,” Reese said. “I don’t have any reason to believe that what is happening now with AI and other developments is any more, or any less, likely to costs jobs overall than what has happened in the past.”

Reese is not alone. The U.S. edition of the Guardian reported a year ago that fear of technology is nothing new. “In the past, reports of the death of human jobs have often been greatly exaggerated, and technology has created a lot more jobs than it has wiped out. It’s called the “Luddite Fallacy,” (a reference) to the 19th century group of textile workers who smashed the new weaving machinery that made their skills redundant. Further, in the last 60 years automation has only eliminated one occupation: Elevator operators.”

Closer to home, workforce experts such as Matt Kures of the UW-Extension also agree. “Change is difficult, but if technology hadn’t pushed that change, we would still be manufacturing buggy whips,” Kures said.

Reese is a part of the line-up for the Oct. 17 event, which is being produced by the Wisconsin Alumni Research Foundation, a 95-year-old organization that handles many UW-Madison discoveries. Other segments of the program will demonstrate how technology isn’t standing still.

Quick pitches or innovation awards will highlight campus-based discoveries such as machines that can see around corners; artificial vascular grafts; improved drug development platforms; renewable chemicals for paints, coatings and adhesives; using cosajaba oil as food for high-value fish; and a breakthrough that could neutralize the common cold.

Reese will speak about halfway through the Innovation Day event, which will run from 1 p.m. through a reception at the Discovery Building, 330 N. Orchard St., which is across from Union South on the UW-Madison campus.

Depressions and recessions come and go, of course, but tech advancements spur growth over time. Relax: Your own brain can’t be replaced by a robot, but it might be used to work with one.