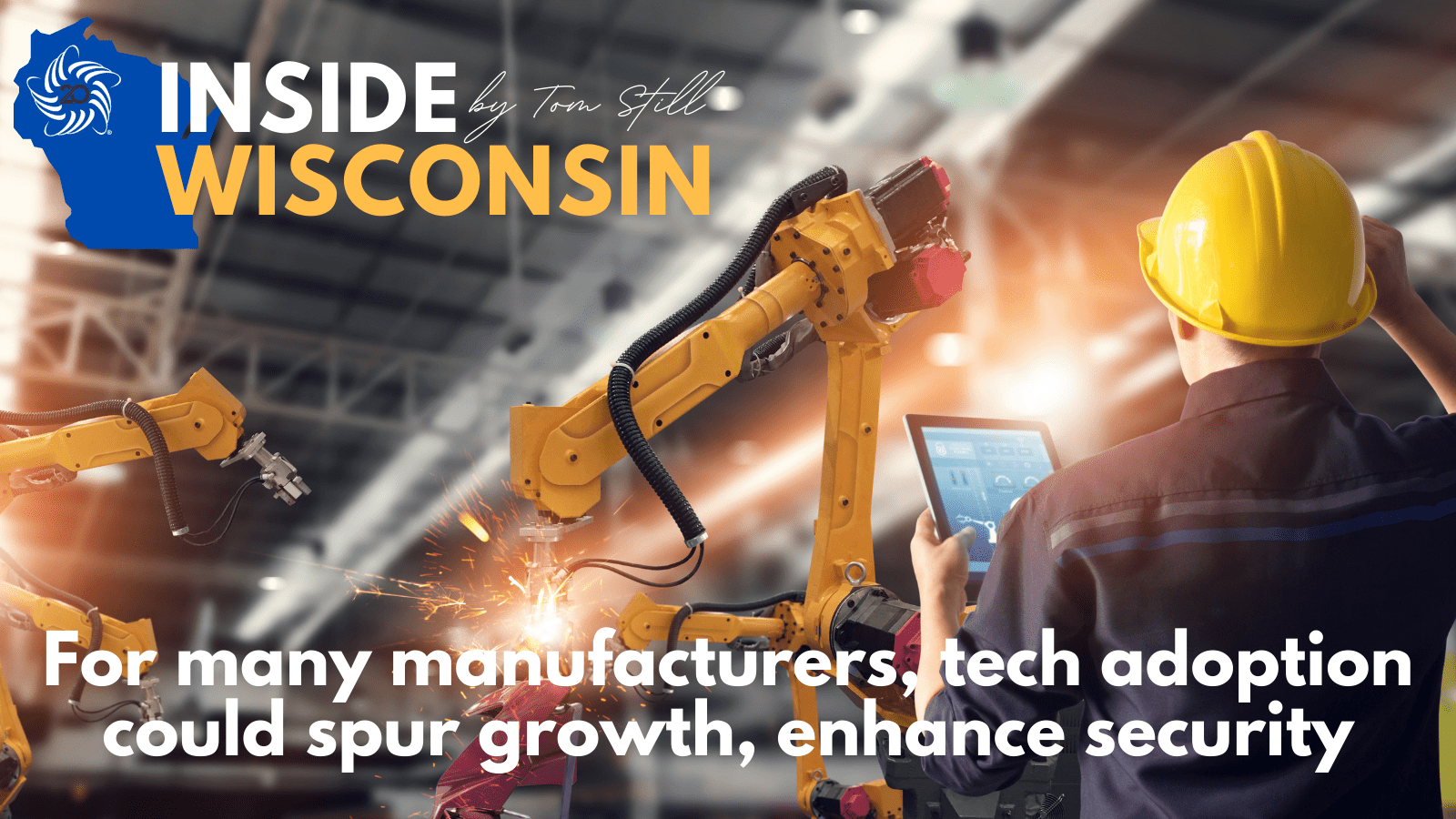 PEWAUKEE, Wis. – From the standpoint of Buckley Brinkman, who directs the Wisconsin Center for Manufacturing and Productivity, there are two kinds of manufacturers – those who have adjusted to a changing world, and those who must do so to survive.

A fresh survey of 400 Wisconsin manufacturing executives commissioned by the WCMP, which is connected to the national Manufacturing Extension Partnership, offered a snapshot of both.

Supply chain worries are rising to the level of workforce challenges, larger manufacturers are more likely to embrace technology solutions than smaller firms, and cybersecurity threats are something that happens to “other” companies versus their own. Those are some top-line observations from an otherwise upbeat survey conducted by a WMCP consultant.

“The ones that are getting it are really leaning into the future,” said Brinkman during an unveiling of survey results in Pewaukee. “They’re investing in technology, they’re engaging their workforce, they’re finding creative ways to solve their supply chain issues.”

Survey results were bifurcated in more ways than one. For example, most C-suite executives who were polled said they believe the state’s business climate is heading in the right direction, even though the survey found that more manufacturers think the business climate is worse than five years ago.

There was also a split between larger manufacturers – in this case, defined as 50 or more employees and $5 million or more in annual revenues – and smaller firms.

Smaller companies were more likely to say troubles with the supply chain were causing heartburn, although manufacturers of all sizes ranked it chief among their challenges, almost on a par with hiring problems. One manufacturer was quoted as saying: “I’m leaving millions of dollars on the table because I don’t have the people or the parts to meet the demand.”

Larger companies are more likely to have troubles finding enough workers than smaller manufacturers, the survey showed, even though larger firms are better equipped to pay more and offer more benefits. Smaller firms say the ability of larger manufacturers to offer more compensation and other perks could soon make it harder for them to compete for talent.

Then again, larger manufacturers who were surveyed in the mid-August to mid-September time frame were also worried about federal vaccine mandates. They anticipated losing workers to smaller companies that fall below the 100-employee threshold for requiring vaccination.

One manufacturer even told pollsters than keeping his total workforce below 100 workers is vital for now, simply to avoid losing workers who wouldn’t want to comply if the company became subject to the mandate.

Larger firms are thinking more about automation, robotics, artificial intelligence strategies and other technologies as a hedge to workforce shortages. Experts have been warning about a demographic tsunami in the Wisconsin workforce for years, but it took the COVID-19 pandemic to drive home the reality.

One curious finding of the survey was that most manufacturers think cybercrime is something that happens to the next company, not to them. Most executives said they feel confident about the cybersecurity tools and processes in place, but Brinkman said it reflected a sense of “over-confidence.”

“This is still an existential threat” to most manufacturers, he said.

For some who engage in supplying federal agencies, particularly the Department of Defense, it will soon become a matter of competitiveness.  It was announced in early October that government contractors will face possible penalties for not doing enough to secure networks and systems that hold federal data. New contractors who don’t have enough safeguards in place wouldn’t be able to compete.

Plus, it’s just a reality of doing business in a world where the most dangerous crooks can be sitting behind a laptop.

“Many hacked companies aren’t around in the same form after two years,” Brinkman noted.

The survey drew proportionately on manufacturing C-level executives across Wisconsin’s geographic regions, so it wasn’t Milwaukee-heavy or Fox Valley-heavy. It’s important because Wisconsin is still the nation’s No. 1 manufacturing state by many measures, with 400,000-plus jobs tied to the sector.

Most Wisconsin manufacturers are adapting or trying to do so. The pandemic was hard on almost all of them, but perhaps it also accelerated willingness to change.

Still is president of the Wisconsin Technology Council. He can be reached at news@wisconsintechnologycouncil.com.