InsideWis: Most votes in the Legislature are bipartisan, even when the debate is not 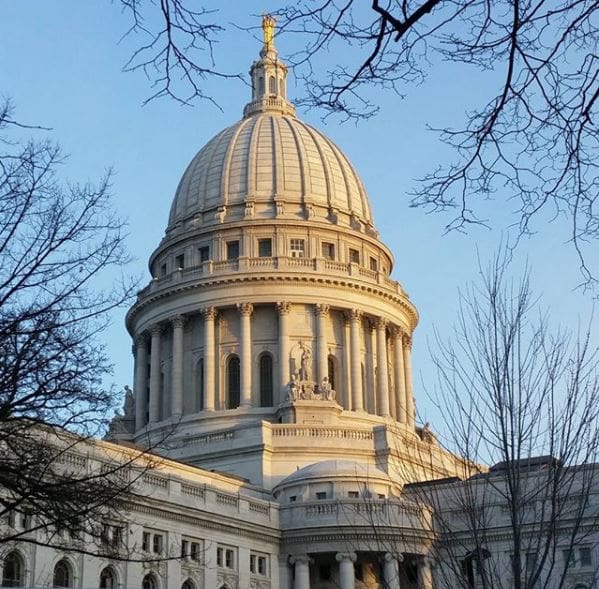 MADISON, Wis. – In what may have been the closing bell for the current edition of the Wisconsin Assembly, lawmakers took on three bills that appeared fractious based on the debate leading up to votes on the floor.

Instead, all three passed with bipartisan support – in two cases, overwhelmingly so. Sending $100 million to schools for security upgrades passed, 78-8; closing the state’s troubled youth prison sailed through, 90-0: and tax cuts aimed at families were endorsed, 59-31. All three need Senate approval.

So much sound and fury, yet relatively united votes at the finish line. What explains the relatively consensus close?

Recent history is a good part of the answer, according to legislative records. Beginning with the 2011-2012 legislative session and running through this spring, well over 90 percent of the 1,200-plus bills passed by the Assembly and Senate have garnered bipartisan votes. In fact, the lowest bipartisan approval rate for any one house was 89.5 percent in the Senate in 2011-2012.

The definition of “bipartisan” includes some bills that passed with only one vote from an opposing party, but the numbers are generally a reflection of the fact that while lawmakers may strongly debate issues, they often come together at the end if there’s compromise somewhere along the way. It is more relevant when the economy is involved.

That was reflected in two bills, passed in the closing month of the session, important to the state’s emerging tech sectors.

The first was AB-489, which will lift the lifetime “ceiling” on investments in Qualified New Business Ventures that are eligible for state tax credits. Wisconsin’s credit program for early stage companies, known within the tech investment world as “Act 255,” was launched in 2005 with bipartisan support and has stimulated more than a half-billion dollars in private investment and the jobs that come with it.

The program provides tax credits to qualified Wisconsin investors who put money into young companies with some sort of technology base, even if the company is aligned with a more traditional sector such as manufacturing or agriculture.

It’s a rigorous vetting process that, once completed, earns the angel and venture capital equivalent of a “Good Housekeeping Seal of Approval” for young companies. Potential investors in Wisconsin often won’t consider companies that are not QNBV-certified because they trust in the process enough to know it’s worth taking a closer look.

As time passed, however, some parts of the law aged. The update made by the Legislature, which awaits Gov. Scott Walker’s signature, raised the lifetime cap on credit-eligible investments in any single company from $8 million to $12 million.

The $8 million cap had been in place since the early years of the law, and inflation alone suggested it should be raised. The cap posed a problem for many tech-based companies, especially those in health care or manufacturing, two capital-intensive sectors. The typical venture capital investment of 2005 is not the norm in 2018.

Primary sponsors for AB-489 were Rep. Mike Kuglitsch, R-New Berlin, and Sen. Tom Tiffany, R-Hazelhurst. This bill passed appropriate Assembly and Senate committees on unanimous votes before passing on a voice vote in the Assembly and 32-0 in the Senate.

The second bill was AB-897, which changed an archaic part of Wisconsin’s corporate law that charged a state fee on “paid-in” capital – essentially, venture and angel capital – raised by a certain class of young companies. Called foreign C Corporations, these companies are domestic firms organized in another state but headquartered and producing goods and services in Wisconsin. Like AB-489, this bill was aimed at the Qualified New Business Venture companies that are usually pre-revenue.

Wisconsin stood virtually alone in charging the fee, which out-of-state investors viewed as at least an annoyance in putting money into young Wisconsin companies. The companies paying the fee saw it as a detriment to their growth, because it was money not put to work on business basics, such as hiring people or buying equipment.

Partisan debate is a necessary and valuable part of the legislative process because ideas should be fully vetted before becoming bipartisan law. That happens every day in the Legislature, where 10 ill-crafted bills never see the light of day for every solid proposal that passes.