InsideWis: Some economic trends to follow in the New Year 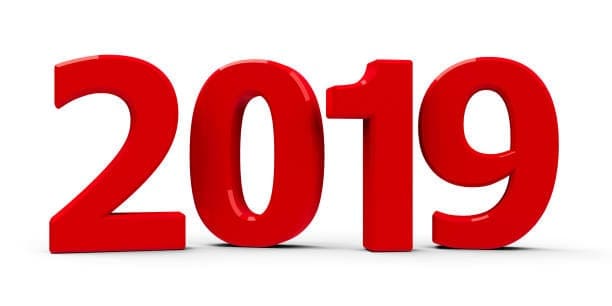 MADISON, Wis. – We’re only a week into 2019, so the New Year is still an infant crying to be adopted by a nurturing economic forecast. Here are a few prognostications and trends to watch:

You can’t create jobs without workers to fill them: Demographics don’t always tilt in Wisconsin’s favor. The population is slightly older than the U.S. average and the recession that began in 2008 led to out-migration until 2017, when the trend quietly shifted for the better.

The UW Applied Population Lab reported last year that Wisconsin’s population “increased sharply in 2017 compared to prior years, exceeding 20,000 for the first time since 2010.” One reason: Fewer people were leaving Wisconsin and more were moving in, either from other states or abroad.

“If the domestic inflow and outflow of migrants balance out by 2020, Wisconsin should see annual population gains closer to 25,000 for the remainder of this decade, a considerable improvement over the years affected by the Great Recession,” the Population Lab noted. That’s good news for employers who often cite a shortage of workers, skilled or otherwise.

Wisconsin’s economic ‘brand’ is becoming more well-rounded: Agriculture, manufacturing and tourism are familiar staples of the state economy, but young people at home or beyond need to know Wisconsin has other compelling career choices. Those include healthcare; software, internet publishing and telecom; architecture and engineering; arts and design; computer and information technology; life, physical and social sciences; and finance and insurance.

That word is slowly getting out, and it could be accelerated by a comprehensive campaign along the lines of what Colorado assembled a few years back.

Paychecks may keep growing: The federal tax reform bill took effect in 2018 was aimed at encouraging companies to bring offshore dollars back home and put them to work in America. Many major companies got that $200 billion memo from Washington, adding employees, paying bonuses and raising wages, but some did not. Some firms cut jobs, and business investment growth appears to have slowed.

Those conflicting tax-reform results may be why per capita earnings in Wisconsin continue to rise, but not as fast as the rest of the nation. The U.S. Bureau of Economic Analysis in September placed Wisconsin just below the mid-point of the 50 states (31st) for the growth in personal income during the first two quarters of 2018.  Over time, the gap between Wisconsin incomes and the U.S. average has closed, but less so in rural parts of the state and its most urban neighborhoods.

Manufacturing productivity shifting to higher gear: Whether the measure is goods produced, percentage of the overall workforce or number of firms, Wisconsin is one of the nation’s top manufacturing states. Individual companies are improving productivity through accelerated use of technology, efficient supply chains, sustainable practices, sales growth and exporting, and continuous process improvement. Groups such as the Wisconsin Center for Manufacturing Productivity, the related Wisconsin Manufacturing Extension Partnership and Wisconsin Manufacturers and Commerce are among those trying to help, even as worries of an expanded “trade war” cloud the future. Which brings us to…

Wisconsin is an inseparable part of the global economy. With roughly $23 billion in exports per year, and foreign direct investments in virtually every Wisconsin business sector, the state is not a provincial Midwest island. Issues as seemingly distant as President Trump’s border wall to the Brexit debate matter.

At times, instability abroad can work to Wisconsin’s advantage. Among the reasons Taiwan-based Foxconn Technology Group chose the state for its major North American presence was the prospect of a trade war – it’s better to be on the inside looking out – and the looming threat of mainland China, as reinforced this month when President Xi Jinping warned Taiwan it “must and will be” reunited with that communist nation.

In a world that seems increasingly divided and even violent, where will the smart money flow? To stable democracies such as the United States and its allies.

So far, the 2019 economy is a colicky baby with wet diapers. With 51 weeks to go, let’s hope it grows out of both.