InsideWis: The late Bill Kraus defined what it meant to be a citizen of Wisconsin 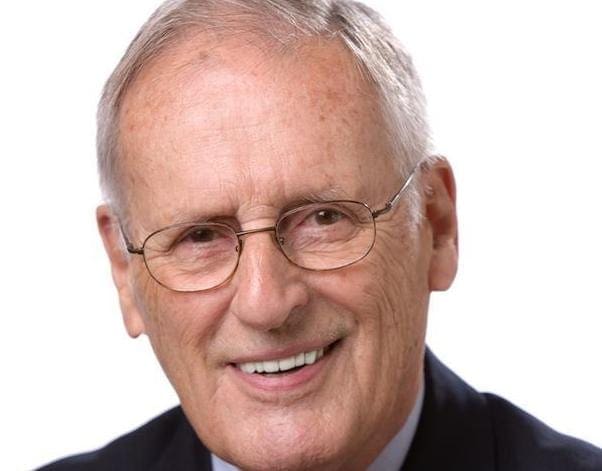 MADISON, Wis. – It was called “The Bullpen.” Just inside the front door of the governor’s office in the East Wing of the State Capitol was, and remains to this day, a large room populated by desks, cubicles, telephones and all the necessary tools of a government at work.

Nearly 40 years ago, it was also where an inquiring reporter could find Bill Kraus.

Barely inside The Bullpen’s front door, unguarded by so much as a secretary, sat one of the most influential people in state government. To this wet-behind-the-ears reporter, Kraus – who died Friday at 92 – symbolized what it meant to run a truly open government.

Kraus was the right hand to Lee Dreyfus, the red-vested former chancellor of UW-Stevens Point who had surprised almost everyone by winning election as governor in 1978. Kraus was one of the architects of that unconventional campaign, which captured the imagination of young and old alike with its barnstorming nature and its banner of “Let the People Decide.”

The transparency of the campaign continued when governing commenced, with Kraus and other top Dreyfus advisors talking to any journalist who strolled into The Bullpen – appointments not necessary and “no comments” be damned.

While I often wondered how anyone in The Bullpen got actual work done, the approach clicked. Reporters respected Kraus because he respected them and their work, their deadlines, and what then was recognized as the news media’s duty to report fairly.

The openness held up even during bad times and tough questions. The national recession that gripped Wisconsin in 1979 led to a state budget crisis that seemed to deepen by the day. The press corps joked about the “State Budget of the Month Club” as the recession rolled through Wisconsin’s manufacturing economy, which only a few years earlier had been touted by the Wall Street Journal as “The Star of the Snowbelt.”

When Dreyfus opted against seeking re-election in 1982, Kraus would often float into Stevens Point, where he had been an executive for Sentry Insurance, and lived a while in New York City, but he always wound up in or around Madison.

His passion for good government continued with his long co-chairmanship of Common Cause in Wisconsin, among the contributions that merited the inaugural “Bill Kraus Lifetime Achievement Award for Civic Leadership” from the Wisconsin Institute for Public Policy and Service.

Witty; well-versed in literature, arts and cooking; a prolific writer and a persistent golfer, Kraus was remembered as a “renaissance man and mentor” by former Bullpen occupant Kristine Andrews, who later became chief of staff to two Wisconsin members of Congress.

Sue Kaestner, a Madison businesswoman who also worked in the Dreyfus Bullpen, recalled Kraus as a “true Don Quixote,” unafraid to take on tough issues and causes, and equally quick to shoulder the blame if things didn’t work out.

“He taught us it was OK to fail,” said Naomi Bodway, another Bullpen veteran who was a semester shy of finishing college when she started work. “We were such kids, and he gave us carte blanche to do our jobs.” Bodway, who visited Kraus at home a day before he died, agreed with Andrews and Kaestner that Kraus was ahead of his time on another front: Trusting women in the workplace.

Perhaps the strongest woman in his life was his wife, Toni Sikes, a Madison entrepreneur who gently referred to Kraus as “my boyfriend” among the couple’s many friends. To the rest of us who knew him, he was Citizen Kraus, friend of Wisconsin.

Still is president of the Wisconsin Technology. He covered state government as a reporter in the 1980s.