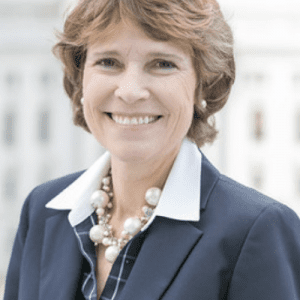 Lorrie Keating Heinemann, whose career has spanned a quarter-century of support for the startup and investing sectors in Wisconsin, will accept the “Excellence in Entrepreneurial Education” award Nov. 10 at the Wisconsin Early Stage Symposium.

Also known as the “Triple E” award, the designation was launched by the Wisconsin Technology Council to highlight the importance of teaching and mentoring entrepreneurs. The selection of Heinemann by the 2020 conference steering committee was based on:

Previous winners of the “Triple E” award are Tim Keane, an investor and entrepreneur who was one of the first college-level educators in Wisconsin to design courses around entrepreneurial studies; Thomas “Rock” Mackie, a scientist, entrepreneur and educator who has helped build an entrepreneurial culture on the UW-Madison campus; Jan Eddy, tech company founder and a tireless mentor of startups through her work on and off campus; Allen Dines, who has mentored entrepreneurs and helped instill a startup spirit in UW-Madison students and faculty; Terry Sivesind, a co-founder of MERLIN Mentors, an 11-year-old groups with about 100 mentors to help young companies and Anne Smith, who launched the UW-Madison Law & Entrepreneurship Clinic.

Heinemann is the president and CEO of Madison Development Corp., which has invested in companies such as Nordic Consulting, TomoTherapy (now Accuray), PerBlue and NeuWave Medical. She was once a lecturer in the UW-Oshkosh School of Business and informally mentored scores of young companies over time through platforms such as Belle Capital USA, Springboard Enterprises, BrightStar Wisconsin Foundation, the WiSys Technology Fund and more. She was secretary of the state Department of Financial Institutions for eight years, having previously started her own financial firm and working with private banking and accounting firms.

Heinemann co-founded the Wisconsin Angel Network (now called the Tech Council Investor Networks) with the Wisconsin Technology Council in 2004. She is a native of Thorp.

“Lorrie Keating Heinemann is a rare combination of financial savvy, policy experience and a passion for working with young companies and entrepreneurs, who benefit immensely from her experience,” said Tom Still, president of the Tech Council.