Wes Schroll feels like he’s made it to the starting line. 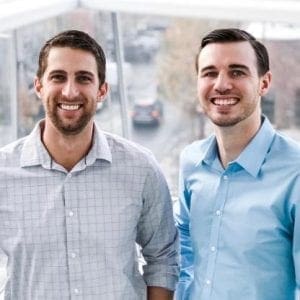 The Madison-based consumer loyalty and rewards app Fetch Rewards Inc. that Schroll founded as a college student is now valued at more than $1 billion. That makes Fetch Rewards part of an elite group of startups with valuations over $1 billion called “unicorns.”

“All this means is numbers on paper right now,” Schroll said. Fetch Rewards recently announced that its valuation was more than $1 billion, based on the $328 million the company has raised in exchange for equity.

Fetch Rewards offers customers incentives for purchasing products from partner brands like General Mills, Frito Lay and Unilever. Points earned on purchases can be redeemed for gift cards from Amazon, Target and Starbucks.

“There is still an opportunity to more than 10 times this business,” he said. “There are millions of other households that we can go and service and provide value to. There is more to add in the app like restaurants. There’s international opportunities. This is really just the starting line.”

Fetch plans to increase its user base, forge new partnerships to incentivize purchases and expand internationally. That billion-dollar valuation means to Schroll that he’s built, along with his hundreds of employees, a company that is at a scale that very few others have been able to reach.

“It’s an exciting moment, but it’s just a moment,” he said. “It’s not an end line. It’s a vote of confidence and the resources to keep going.”

The COVID-19 pandemic did force Fetch to pump the brakes on its growth last year. At the beginning of the pandemic, Fetch instituted a hiring freeze and paused some of its promotions on products that were experiencing supply shocks like toilet paper.

Schroll believes that there are 95 million to 105 million households in the U.S. that would want to use the app. It has so far only tapped a fraction of that.

“Everyone sees that there is still an upside,” Schroll said.

More than half the app’s monthly active users found Fetch Rewards organically or through referrals, Schroll said. The user base has a similar representation of geography, ethnicity, shopping age and income as the U.S. population, Schroll said. It does skew heavily on gender. Around 85% of the app’s users are female.

Fetch continues to add more partner brands. The platform grew from 300 to 500 brands in the last year, Schroll said. That included some big names like The Clorox Co., which experienced record sales during the pandemic.

While Fetch Rewards partner brands are mostly consumer goods found in grocery stores, the company noticed that users had started uploading receipts from restaurants, too. Fetch struck deals with restaurants like KFC, Panera and Jersey Mikes to join the app.

Fetch Rewards wants to add more restaurants and retailers. The idea is that the app could incentivize both the products purchased and at which retailers. Fetch is launching its own debit card that will also reward users for purchases.

Fetch wants to grow internationally. The first step is making the app bilingual with Spanish in 2022.

The company’s growth means more employees. Fetch has 425 employees with its headquarters in Madison and offices in Chicago, New York and San Francisco. Fetch expects to grow to more than 600 employees by the end of the year.

Tyler Kennedy, who started working on Fetch with Schroll in a business class, is now the vice president of operations. The company’s logo is modeled after Kennedy’s dog, Calvin.

Turning a profit is not yet a priority for the company.

“We’re not like a lot of the early social platforms where they figured out how to monetize it eventually,” Schroll said.