Cory Nettles, whose work in the private and public sectors has helped build a robust foundation for Wisconsin’s entrepreneurial community, will receive the Ken Hendricks Memorial “Seize the Day” award June 2 during a luncheon at the Wisconsin Entrepreneurs’ Conference. 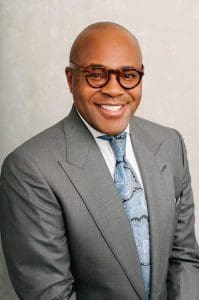 The conference, to be held at the Italian Community Center, returns in-person to the Cream City to celebrate the region’s rise as a startup and scale-up hub. Registration is open at witrepsconference.com.

Nettles is founder and managing director of Generation Growth Capital Inc., a private equity fund focused on buyouts and providing growth capital to small businesses and lower-middle market companies in the Upper Midwest. He also served as secretary of the former Wisconsin Department of Commerce, now the Wisconsin Economic Development Corp., in the early 2000s, during which time he was an architect of the state’s early stage tax-credit law – the Qualified New Business Venture program.

That program remains in place today and has been successfully adapted over 17 years to changing conditions in Wisconsin’s early stage economy, with bipartisan support from successive governors and Legislatures. Nettles was recently co-chair of the Wisconsin Growth Capital Coalition and serves on a range of business and civic boards and committees, mainly in the Milwaukee region.

BACKGROUND ABOUT THE AWARD